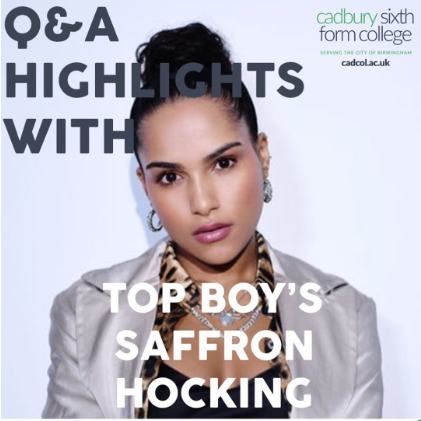 Saffron, also known for her appearances in White Gold and London Kills, revealed how to get a start in the acting industry and how to deal with nerves.

She told the students: “You are your own person. It’s your life. You can decide what you want to do, even if it’s a mistake and it doesn’t work out - at least you were the one that decided that you wanted to do that.”

Following the session she posted her reaction on Instagram: “Had such a lovely time talking with you guys! Thank you!” 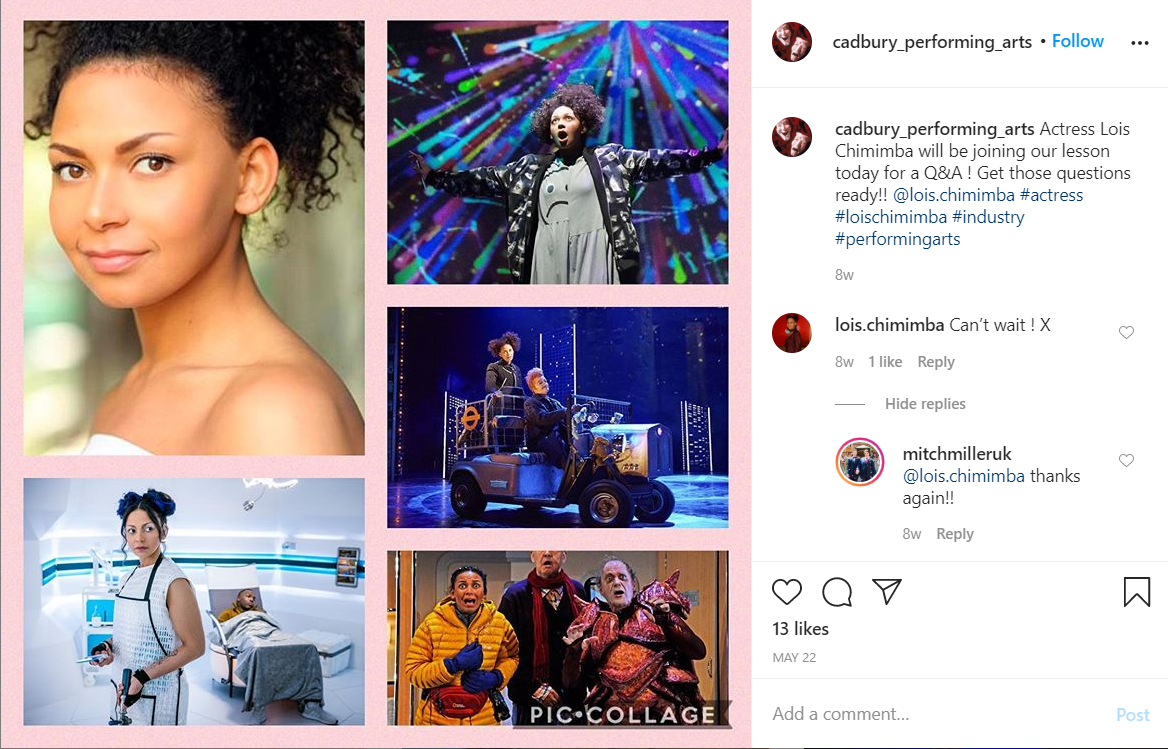 Actress Lois Chimimba has appeared in several BBC series including Doctor Who, Trust Me and There She Goes.

When she heard Cadbury’s first year Performing Arts class read a piece written by La'Chana Brown focusing on the Black Lives Matter movement she enthusiastically posted her response on social media: “This is fantastic! I have hope for the future because of young people like this.”

Highlights from the live Q&A with Saffron Hocking can be seen on Cadbury’s Instagram page. 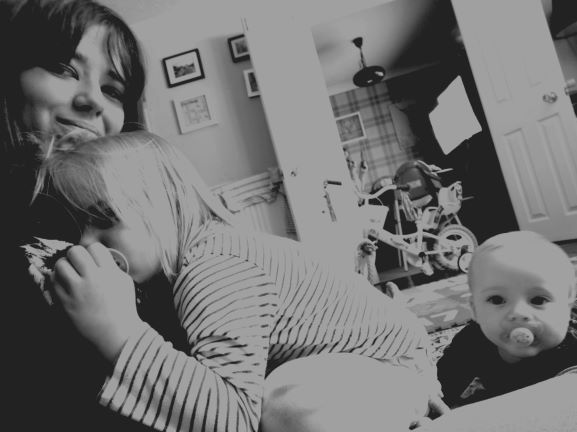 A lockdown exhibition photo by Cadbury Sixth Form College student Ellie-Mai Holmes-McClure has been selected to appear on the BBC News website.

Work by Ellie-Mai, along with A Level… 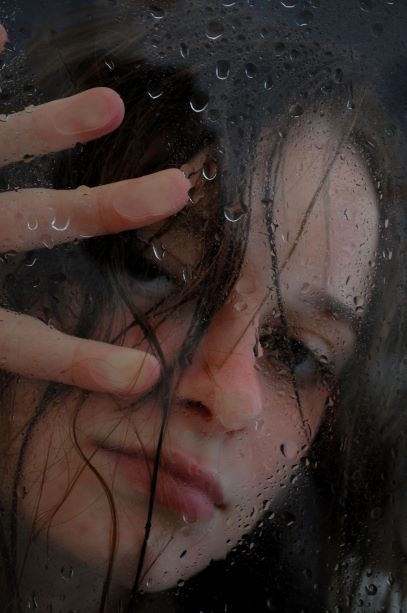 Cadbury Photography students' revealing portrayal of life in lockdown is now live in the national At Home online exhibition opened by the Department for Education. 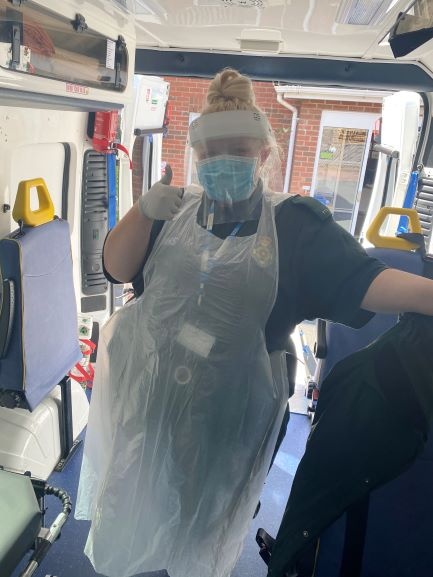 Big shout out to Ellie Moldrik who is on the frontline for West Midlands Ambulance Service!